Today marks my and Beth's one year anniversary.  It feels like forever and like no time at all at the same time.  I cannot begin to express how grateful I am to have her in my life. 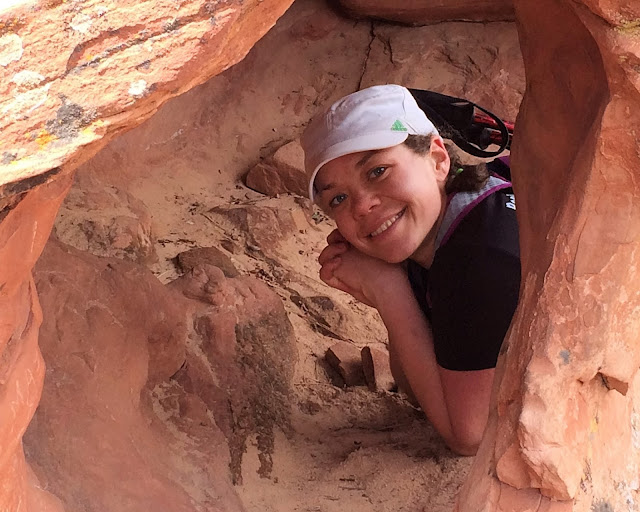 This story shows how smoothly our lives have integrated.  It starts on our April trip to Utah.  We met her parents to spend the day in Zion National Park.  (Amazing, by the way.)  We made our way up to the camp in the rain.  The top of the mesa where we were camping was a muddy mess, and had been for the whole spring.  We ended up sleeping in the Jeep due to the failure of my old tent and the rain (and mistakes on my part).

The next morning we packed up and started down the mesa too meet Beth's parents again.  Not one hundred yards from the camp site and we were stuck.  The four wheel drive system broke.  Without all four wheels spinning we were going nowhere.

The next hour or so was spent finding rocks to wedge under the working wheels, digging out mud and picking stones out of the suspension.  Eventually we gave up and called a tow service.  The sent out an old Cherokee to pull my new one out.

We limped into the nearby town to not one but two shops before getting a tow truck to pick up the Jeep (and us) and carry us to the nearest dealer, an hour away.  But the day was not over yet.  We waited the rest of the day at the dealer waiting for them to determine what the fix would be.  Eventually Beth hiked across the highway to get us a room while I secured the loner truck I'd have for the week it would take to get the parts.

Throughout the entire day, despite the frustration and hassle, we didn't take it out on each other.  In fact, we lifted each other's spirits and made the very best of the situation.

In talking about it over dinner, Beth express how the day had so clearly proved what we already felt, that this relationship was one for the long term.  The conversation moved to commitments.  I am not all that worried what we called it, that the commitment was what I cared about.  Beth said a ceremony would be nice and I agreed.

Off the cuff she said "Wanna get fake married?" tongue firmly in cheek.

Ten minutes later she pauses.  "Did I just ask you to fake marry me?"

"Are we doing this?"

Bonus Track:
It has to be a love song.