As most of you probably know, the Hawaiian islands are formed from a series of volcanoes.  The Big Island, the youngest, still has volcanic activity.  You can't go to Hawaii without exploring a volcano, since every rock you see comes from one.  But to truly explore you need to go to Hawaii Volcanoes National Park.  There are vast undeveloped areas of lava flow to explore. 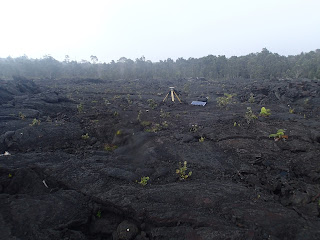 Lava flows are like alien landscapes.  Harsh, bare landscape.  And it wants to hurt you.  It eats at your shoes, it will draw blood if you are not careful.  (I came home with five cuts on my hands.)

But it is also fascinating, especially for a geology nerd like me.  But just looking at lava isn't enough to understand everything that is going on.  So we invited a vulcanologist from the University of Hawaii, Dr. Cheryl Ganeski.  There is nothing like the energy from a scientist who loves their discipline. 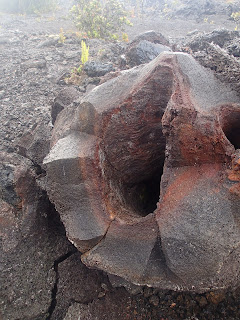 This lava was formed at a cooler temperature and different chemical makeup than the smoother lava in the second picture. 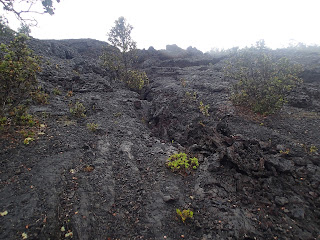 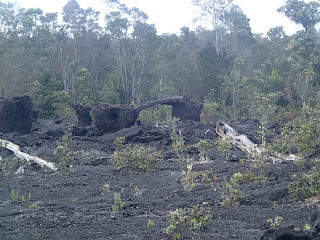 The thread in this picture is actually lava rock known as Pele's hair. 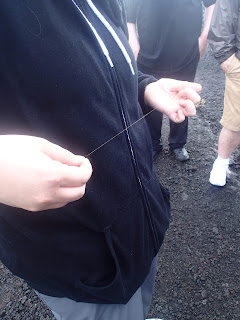 Finally, here is the glow of an active lava flow. 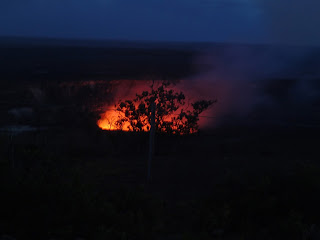 No go get the soundtrack.  This is amazing.